"Here's HMS Insanity, demand boarding authorization."
"Authorization granted HMS Insanity, head to dock 27. Welcome home Insanity, how's been the hunt?"
"A piece of cake, we looted a colony of the Wayne&Colin Inc., our holds are full of cardboard!"
"Well done, captain Mucus, all this raw material will be usefull in our war against the necron lord Drew the Shadowy One."
"We will soon be able to launch the final attack against his death star, the Emperor watches upon us. Victory is near!"

Last recording of the HMS Insanity, famous for her role in the Cardboard Wars of 987.41. Her crew, including captain Mucus and Lieutenant Lost XP, disappeared a few hours later, when thousands of necron warriors and dozens of monolyths and scythes attacked the station and the ship, taking the outnumbered imperial forces by surprise. The hulk were salvaged several years later and brought to the Imperial Navy Museum. But you already know the story, so let's begin the tour.

Building such a big structure is a challenge in itself.
You'll see some gaps between some walls here and there, this is because of the thickness of the walls themselves, as you can have two walls jointing perfectly but not the perpendicular ones when building T or X corners. 2mm are barely noticeable on smaller buildings (I didn't have this problem on my first one), but these 2mm can become 2cm a dozen walls later, which could be problematic if you want to put some catwalks above the walls.
It can be easily minimized if you put together all your walls in one same axis before linking them perpendicularly, but it can't really be avoided on non-symetrical structures with 2 meters corridors, just make sure the gaps are evenly distributed.

Here's the first layout, just a draft and several changes occured since, but the main shape is already here.

I don't have other WIP pictures, so here's the ship in her entire majesty.

Now, let's see the inside. From the prow to the stern we first have the hold, then the docking bays, one on each side.

I love these elevators, much more practical than my old Necromunda ones

Behind and above the docking bays is the security room, from where marines can monitor comings and goings and defend the rest of the ship.

The starboard corridors. Reversed upper walls allows you to have more space between the gantries, and to put information wall screens, which look cool.

You'll first find the armoury (on the right) and the cells

Then the hibernation room and its cryo chambers

Next is the sas used for boarding other ships or starbases

And the one of the more important parts of the ship, the kitchen, behind which you can see the cook office and bedroom

Two catwalks link the security room directly to the bridge.

The center of the ship contains the infirmary, just behind the security room

My doc has never been so happy
A big ship needs a mess, hopefully we have a lot of tables.

On the port side are the living quarters of the crew.
The bathroom (the centre conduits make nice sci-fi showers). 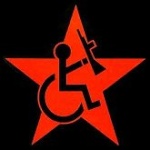 And the captain's quarters

The command bridge, sitting in the center, is the biggest structure of the ship. Not perfect, but I'm quite happy with the main look it has.

I know it looks wobbly, we made several changes and didn't want to disassemble everything every time (when we touched one thing on the stern, it moved other things up to the prow, so we tried to touch as few things as possible, hence the importance of knowing where you are going and when you don't have anything more to change before connecting the big parts)

With two hangar bays to make a big hangar entrance

And the Warp drive

We also built a part of a colony or orbital base using the infected walls. The infection will spread within the ship after it has docked.

And the infamous Fortress of Doors, built with all our spare doors (we wanted to use everything, so we had to use these doors!)

Here's the final hunt of the sorcerer Escher, the Master of Keys, in the non-Euclidean stairs of the Fortress of Doors.

And we still can't find a use for all this stuff, we'll do better next time.