Scenario: The Company had suppressed a number of incidents from the Hephaestus installation. The research was too valuable, the results too encouraging and the cost considered too high to bring unwanted attention to the remote system. Even as the station went gradually silent, these factors were considered paramount. The less chatter the Company heard, the better the progress reports seemed. Only when the reports ceased entirely were alarms raised.

Hostility level at the start: Normal

Special Rules: Doctor Ophios will activate the Matter Transmitters when hostility level reaches a predetermined level.
What’s going on: The good doctor has been part of a wider program to fuse technology obtained from an extradimensional source to the local fauna. Frustrated at the small amounts of material he had to work with, the Doctors’ team has managed to get more directly from source. This has escalated his experiments to the point, he used the installations staff and families as test subjects. Their experiences and fates explained the rise then sudden fall in worrying reports. Has the Doctor’s experiments destroyed his team? Or has he succeeded and is he simply waiting for more test subjects? 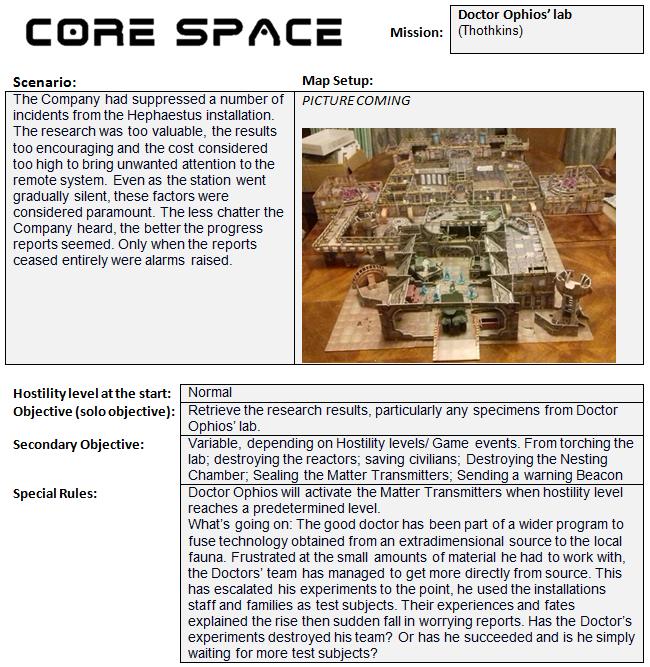 Similar topics
» Rowan Atkinson Doctor who action figure
» Secret Mission: The Forgotten Island
» I can't get into the Mission place!
» Traveller's compass - heart of Africa
» i need help on the missions