Scenario: One crew is talking to one of the gadget emporium owners in a bar (Zed's?) when the owner gets a call that the Purge are attacking the space station en masse. He offers the crew the sale value of his goods that the crew manage to save (in a number of crates). Other Trader crews could either try to hijack the crates or raid other shops for items and also earn by rescuing civilians.

Objective (solo objective): Survive and rescue the Emporium owner and as much of his gear as possible.

Secondary Objective: Save some civilians.

Special Rules: The crates are on trolleys, but cannot be moved fast (small ones at "manoeuvre" speed and a large one the same speed if two characters pushing or 3" if only one. First there is a rush (up to 10) of civilians (can get in the way) and then a rush (at least 3 and up to 5) of Gangers followed by some GC in a desperate fight against a mass of Purge. Gangers would shoot anyone that gets in their way. There could be a Live One (or two) hidden amongst the civilians. Civilians would pay to be saved, 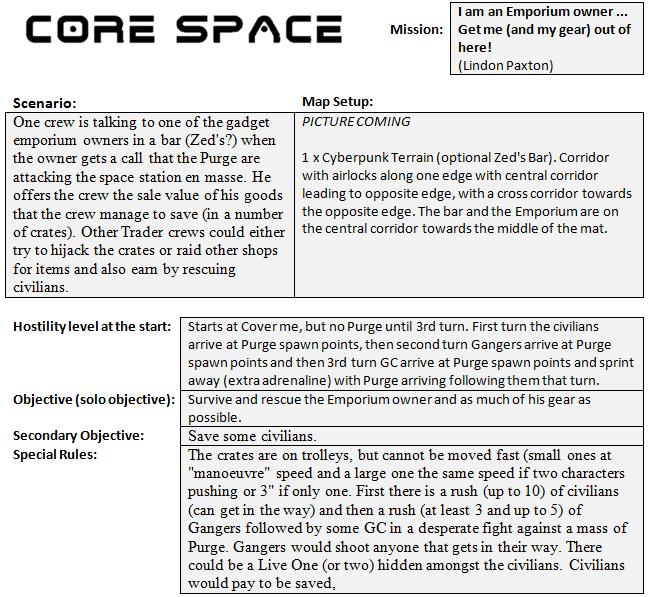