Scenario: The corrupt Galactic Guard run by a psychopathic clone of Director Zool are on to what you are trying to do. You have to get docked (random location) and make your way to a transmitter to beam to the protected inner core of the station and it's Galactic Data Unit to send the signal and stop or at least slow down on corruption. With all that done you receive a credit line to fix your ship on outpost Kuhn... Simple right.

Hostility level at the start: High

Objective (solo objective): Be the first to make your way to a transmitter, beam to the other (inner) section of the Station and reach the Galactic Data Unit.

Special Rules: Board one has 2 Galactic Guard, 2 Security, 2 Guards spread out and gunning for you… they can and will use the Transmitter to pursue if needed. Board 2 has Clone Director Zool and a Juggernaught randomly placed to start. Once the signal is sent the Guard/Security members stand down except Zool and Juggernaught. 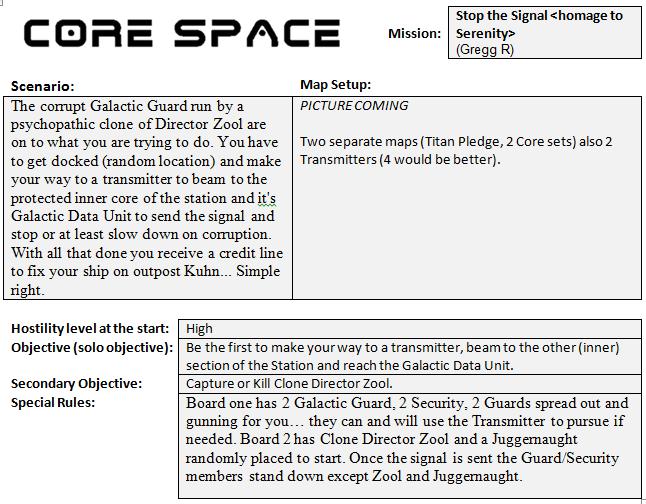