Scenario: The planet Callisto is being over run by the purge. You're aboard one of the last transports to leave the planet. However you've just discovered the fusion core is dry and the fuel store is outside the ship.
A wealth civilian has offered you 20 assets if you can get the fuel and save the transport and himself. You are currently located outside the bridge far away from the fuel store.

Hostility level at the start: Normal
Objective (solo objective): Make your way through the ship and arrivals bay to the fuel store on the outlands mat. Collect a token of helium 3 and a second of deuterium and take it back engine room. Once the transport has taken off any purge on board must be killed. More Purge can be added on if it spawns on the one spawn point in the ship. Civilian must also survive and is control by you.
Secondary Objective: Dash to an RV point on the outlands map and get picked up by one of your shuttles. Take the civilian with you to gain 10 assets.
Special Rules: 5x spawn points on Outlands map leaving only one on transport.
The Galactic Guard will not target the traders for the duration of this mission. They can be controlled by another player (optional). 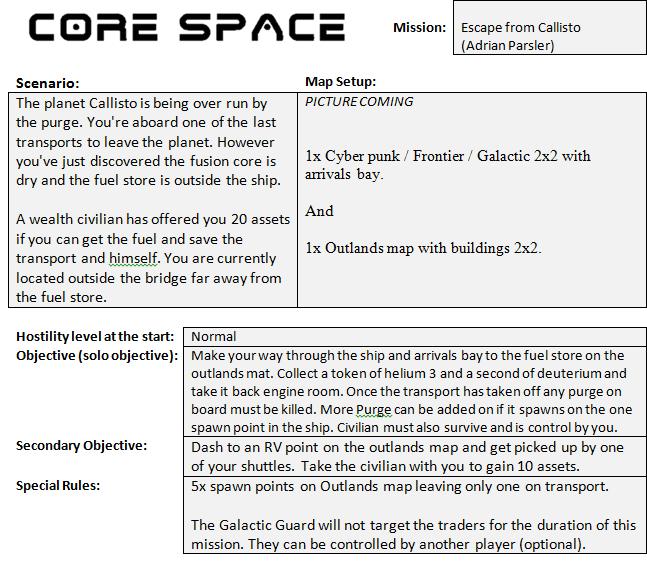